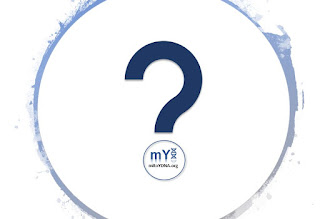 One of our mitoYDNA users asked us the following question.

"I uploaded my brother's YDNA kit to your site but none of the matches shared a surname."
Read how our team members answered her question.

Gale
It could be one of 5 reasons:
Kevin
Often, the common ancestor with a Y-DNA match predates the adoption of surnames.  Remember that a lot of cultures traditionally used patronymic naming systems until quite recently, with names like O'Brien or Larson or MacGregor that changed every generation depending on the name of one's father.  So if Lars Olson had a son Anders, the son's full name would be Anders Larson, not Anders Olson.  Now let's say Lars Olsen was the most recent common direct paternal ancestor of your brother and some of his top Y-DNA matches.  It's to be expected that you will observe surnames in the direct male descendant lines such as Hanson, Larson, Olson, Knutson, etc., and even names like Soderholm or Vetteland when a descendant branch adopted a surname related to a farm or other location where they lived.

Breaking from the Scandinavian example, in other parts of the world where surnames were recently adopted, often surnames were selected to distinguish individuals by their occupation (like Miller or Smith or Weaver).  So, if we look at the descendants of a particular Robin Johnson in England, who lived not so long ago, but before modern surnames were adopted, his male lines might have surnames like Robinson, Johnson, Miller and Washington, reflecting a variety of frozen patronymics, occupations and place names. 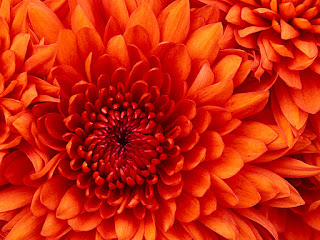 Why DNA? Oh, there are so many reasons why DNA. DNA is the thread that makes up the fabric of  who   we are . It is also the tint in our Iris, the gray (what, you aren’t grey yet?) of our hair, the knock of our knees, the recipe of our self. It is also the road map of our ancestry. I have, according to Doodle my Grandmother, my grandfather Gaulden’s hair and eyes. I can see in the mirror that I have my mother's smile. All of my siblings and I have the same basic build, in varying degrees, of our grandfather TC. One sibling has curly brown hair and resembles, again according to Doodle, Doodle’s mother Allie Compton. The other sibling is some kind of incredible replica of TC. I know that I see my sibling in the face and expressions of my niece. I also see the same niece in the face of a second cousin. All our family traits, everything is inherited and that inheritance is decided by our DNA. DNA (deoxyribonucleic acid) is the carrier of our genetic (origins, the study of heredity) inf 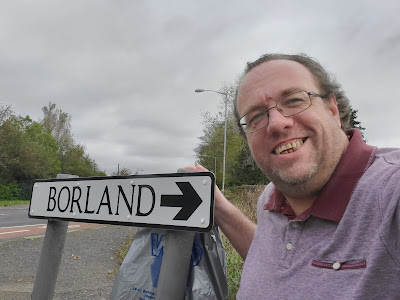 My Y-DNA Story - Along Borland Bank

My Y-DNA Story  I first tested my Y-DNA with Ancestry in back in 2011.   I knew quite a bit about my Borland family in the United States.   My immigrant ancestor arrived from Northern Ireland around 1783, and settled in William Penn’s “Manor of Denmark” in the countryside of Westmoreland County, Pennsylvania, outside Pittsburgh.   Considerable work had been done by my Borland relatives (especially Ray Borland of Carrollton, Ohio) in learning the details of Samuel’s life and his immediate family from Kilraughts, Northern Ireland (including several of his siblings that also came to the US).   Samuel’s son James Borland, a music teacher by profession, was my 4x great-grandfather, and his line to me is well documented in records and photographs and through personal knowledge of my now deceased great-grandfather Weldon Borland who I came to know well as a child and a teenager, and who passed down much of the family history to me through stories. Image of the Samuel Borland h 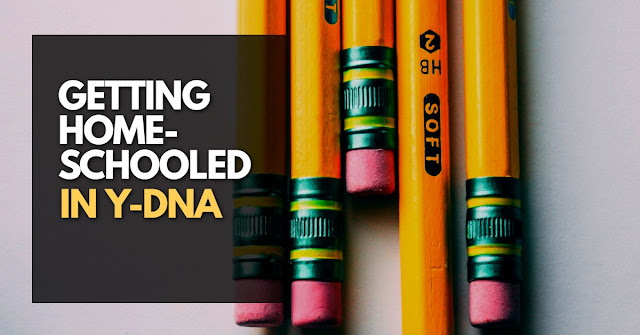 Getting Home-Schooled in Y-DNA

Getting Home-Schooled in Y-DNA As I wait patiently for the results of my recent Y test from FTDNA, I’ve carved out some time from my schedule over the past week to attend two webinars on the subject of understanding Y DNA and its application to family history research.   Each of these were free live webinar sessions, and each have an additional session coming up soon for which I will include registration links.   I’ll give you my brief take on the webinars, and why I would recommend attending both. First Lesson The first class I attended was given by Vivs Laliberte, who I had the pleasure of briefly meeting last summer at a genealogy conference held in Burbank.  You may know Vivs as one of the admins of the popular Genetic Genealogy Tips and Techniques group on Facebook.  His webinar was hosted by the Utah Genealogical Association.  In a session that lasted just over an hour and a half, Vivs walked us through the basics of Y-DNA inheritance, all the way through understandi